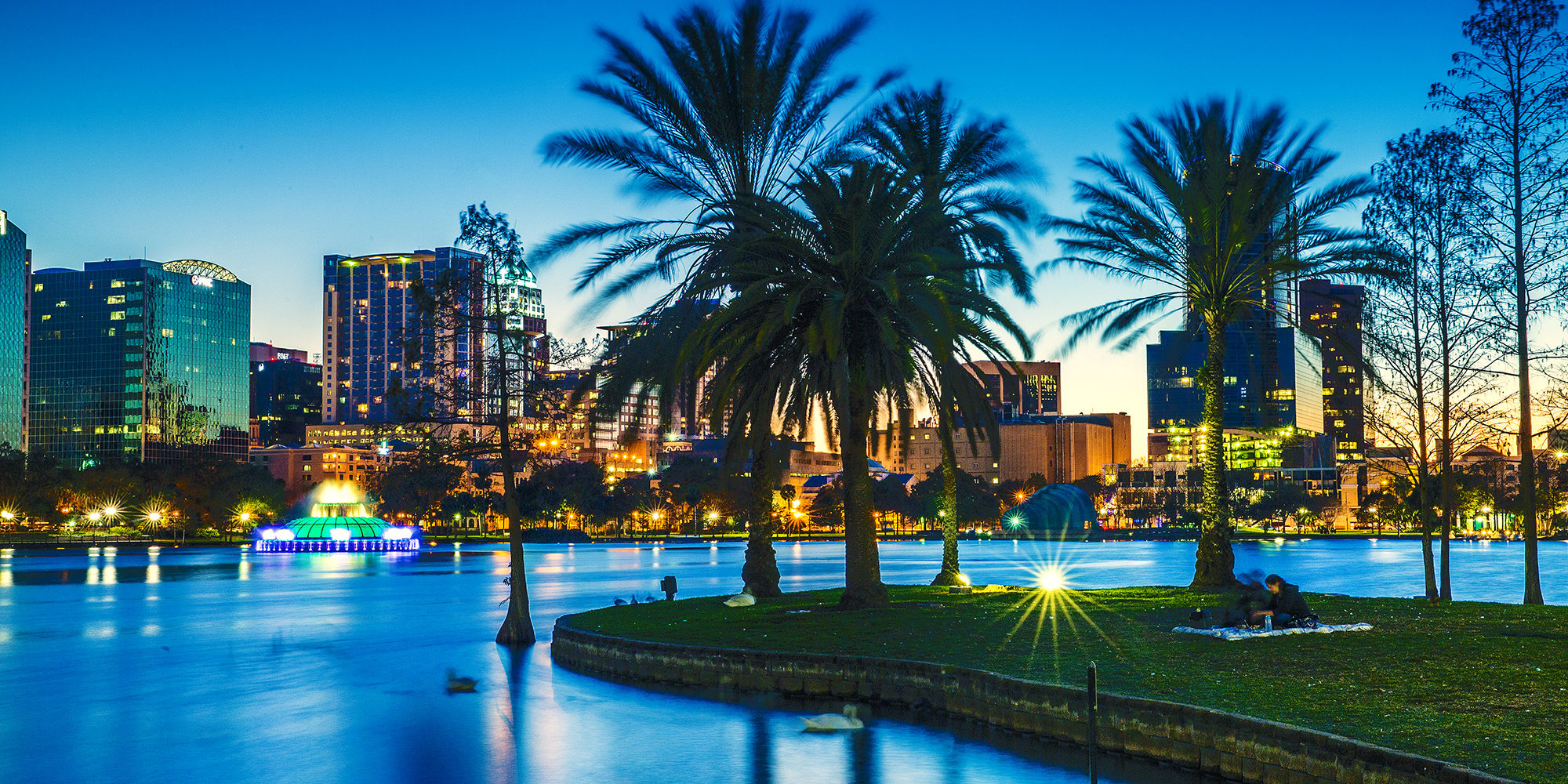 Celebration, Florida is a wonderful town located in Central Florida. It was actually deigned and built by the great people at Disney. It is literally located at one end of World Drive with the Magic Kingdom and other Disney parks at the other end. In fact, Disney did such a fantastic job in creating this beautiful little community that Forbes Magazine, in 2011, announced it as being “one of the “nations top 10 prettiest neighborhoods”. Forbes further quoted travel writer Mark Sedenquist with this description of Celebration: “It’s Norman Rockwell in the gator swamps, and the houses are beautiful!”

Lon Tosi of the Orlando team of wedding officiants representing Sensational Ceremonies has an office in Celebration. Lon recommended that a couple from Virginia and their immediate family hold their intimate wedding ceremony along the banks of one of Celebration’s many lakes. That was a natural fit since the group was staying a local resort, and planning to attend the parks at the Walt Disney World Resort. Since locations can be “subjective” in their impact on couples, Lon approached the event with caution. However, all of his concerns evaporated as the bride and groom walked from their car to the lake shore. There was a large oak tree sprayed with Spanish Moss, and a gator swimming across the lake. Mindy, the bride immediately fell in love with the spot as did her daughter and parents. Of course, David the groom was equally impressed.

Since they had planned for the marriage at the last minute while on vacation they left it to Lon to develop and deliver a gorgeous intimate, and emotional wedding ceremony. He did not let them down. There were prayers that conjured up sunsets and the grandeur of the galaxy along with heartfelt vows. David tearfully read his special vows to both Mindy and her daughter and actually had a gift for the daughter. Mindy and her daughter did the same with him. There were tears all around and hugs and kisses. Mindy’s parents did a video of the entire event! At the end, and facing the lake and the beautiful skies, Lon introduced the newly married couple to the world and the gator!

Congratulations David and Mindy! You are off on a new and wonderful adventure!