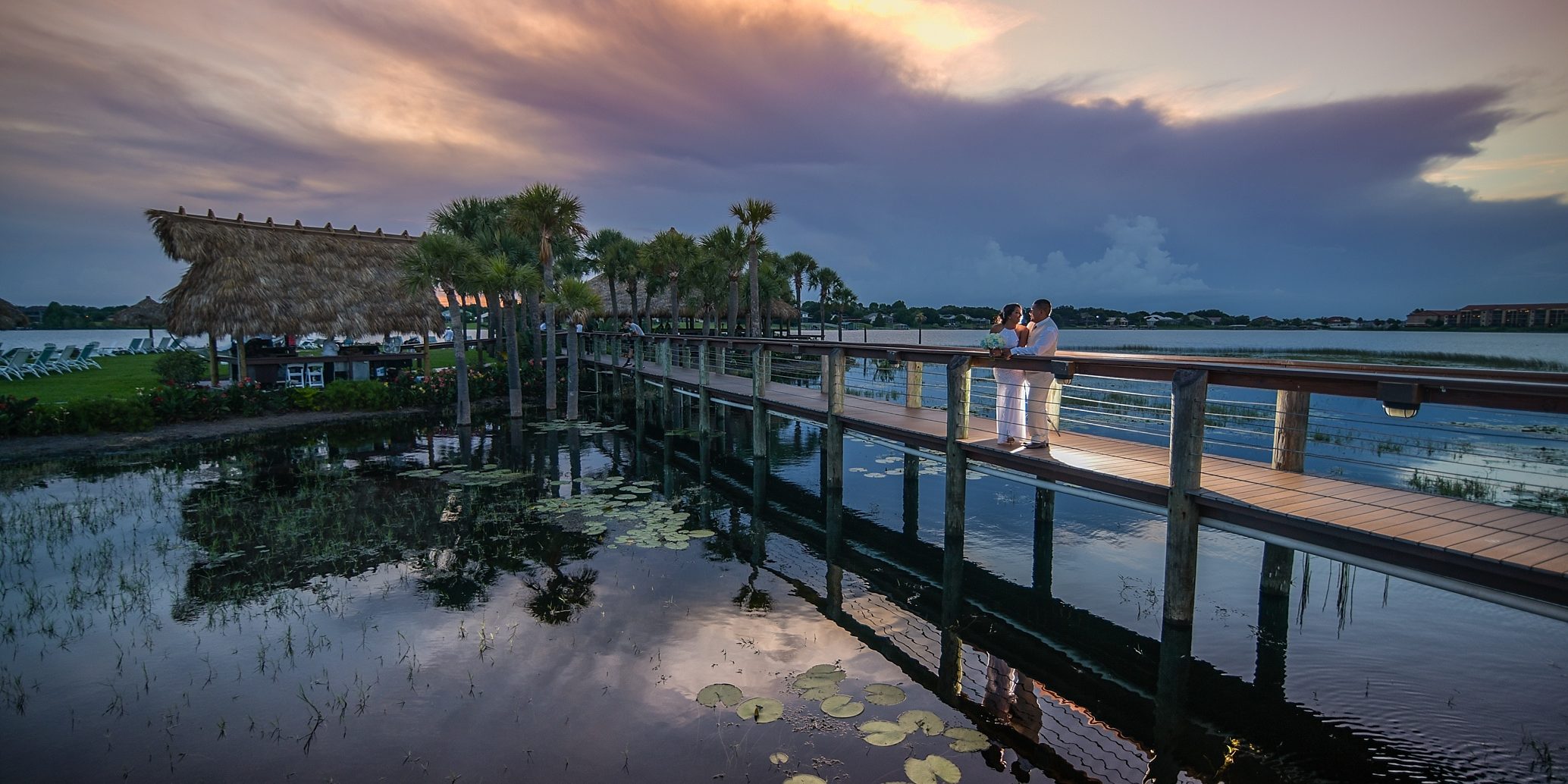 Tropical island weddings in Central Florida are almost unheard of. We just don’t have many wedding venues in the Orlando area that are located on an island. Westgate Lakes Resort & Spa in Orlando, Florida, has such an island. It is named Sunset Key Island. That name is so appropriate since the sunsets over there are spectacular. The island itself is at the end of a long boardwalk that leads to a spectacular thatched hut located on Little Sand Lake. The hut is an amazing structure that was built by members of the local Seminole Indians and it is just beautiful. It was this serene beauty that brought Rosemary and Brent, and their group of family and friends, there to celebrate their happiest moment. Their marriage! They chose to have the ceremony itself along the shore, and it can be apparent from the attached photo that the sun was already playing its own role. Nothing could be more beautiful than that setting sun over the group! Perfect!

Lon Tosi from Celebration, Florida, and the Orlando team of officiants from Sensational Ceremonies conducted the event. He worked with the couple to build a fantastic custom document that spoke to the reasons for their commitment to one another. Brent spoke of her “gorgeous smile, intellect and kindness”. Rosemary spoke of his “humor, optimism and light heartedness”. They truly love each other! A unique aspect to the event was that many in the audience were hearing impaired. To assist, the couple hired two interpreters to use sign language. It was truly a magical time on a gorgeous, sunny island paradise.

Mike Briggs Photography, was on hand to capture the moments of the wedding and reception. We can’t wait to see those striking photos and that amazing video! Married By Mail provided the license for the couple, and it was notable that Dianne, their president, was on hand to view the ceremony. Such dedication! Many thanks to Stefanie representing the resort for managing a flawless event!

Lon left Brent and Rosemary with the following wish after the event. “May your days together, be good and long upon this earth!”

And it all happened on a sunny day, on a gorgeous island, in Orlando, Florida!